The “Flowers of the Americas” collection featured 24 watercolour paintings created by Larisa Sembaliuk Cheladyn. Highlighted were a series of rare and endangered floral species from North, Central, and South America; some favourites, but primarily many orchids that are threatened in their natural habitats. This creative undertaking became a fundraising project for the World Wild Life Fund. The “Flowers of the Americas opened in Edmonton,AB in October of 1995 and toured to Toronto, ON, Guayaquil-Ecuador, Montevideo-Uruguay, Buenos Aires-Argentina, Caracas-Venezuela, and Geneva-Switzerland. On it’s final stop the collection was unveiled in May of 1996 at the Geneva Botanical Gardens by HRH Prince Philip Duke of Edinburgh, (Patron of WWF International). A portion of proceeds from the sale of five different prints were distributed among the various WWF branches that hosted the exhibit. 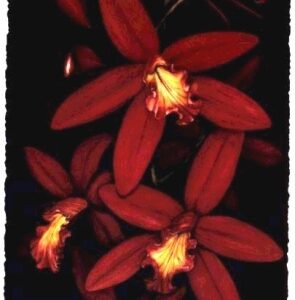 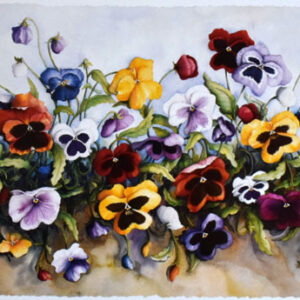 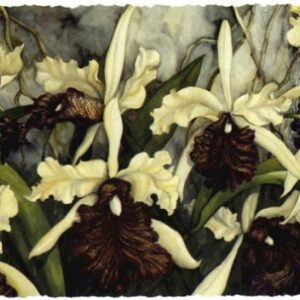